The existence of people in a society and their daily interactions has made  it possible for exchange and distribution of goods and services Therefore,  people who engage in buying and selling of goods choose any methods of payment that would eventually enhance their means of settlement

1. CASH: coin and bank notes need no description, but few business concerns and a decreasing number of private individuals now make extensive use of the commodity. It is bulky to carry around and to store: it is easily lost and not so easily recovered and because of its negotiable character and the difficulty
in tracing it. It is a temptation to theft. Notes and coin, uncrossed cheques and  Warrants payable to bearers, obliterated postage stamps, and the like may of course be sent through the post, but no compensation will normally be paid unless they are enclosed in one of the registered letter envelopes sold by the post office and are sent by registered letter post. Cash is a common means
of piing tail salaries and wages, and also in settling office expenses of small Numents

2. CHEQUE: A cheque is an order on a bank by someone who has an account there to pay a specified sum of money of the person to whom the cheque is made out Cheques are still prevalently used as a method of payment for all beat the smallest amounts. The use of a cheque tends to eliminate handling
actual cash For instance, it a cheque is missing or stolen what the owner has fost is a piece of paper, and the account holder can draw the banks  attention to tying it with number of cheque, data, account number name of pay There are different types of cheque, eg open, crossed. general crossing and special crossing.

3. Standing order: This is a signed order instruction to the bank to make  regular
professional association, regular payments of fixed amount to a named payee on specific dates. Instance when banker’s order might be used are mortgage repayments, insurance premium. school fees, subscription fees to clubs or credit slips to be sent out to the various creditors. donations to charitable institutions, and so on Standing orders are sometimes called banker’s orders because the instruction to the bank is indeed an order.

4. Credit transfer: This enables the customer to pay his creditors by sending Together with a cheque for the total amount. The bank then arranges for the list of names of creditors with the amount indicated against each name A blank cheques Edun and Ajetunmobi (1986) stated that where the amount
payable is not entered in a cheque, but all other details including the  signature are completed by the drawer, the cheque is known as a “Blank Cheque”. There drawer sign the cheque and fills in the details leaving the payee to enter  the amount. A blank cheque should be issued to only a trustworthy person.
A marked cheque: this is used when a trader wishes to obtain goods  quickly

A bank draft: It is a document which can be obtained from a commercial bank on payment of the real amount along with commission. The buyer orders a branch of one of the commercial banks to make payment to a payee through a named bank the amount indicated on the bank draft. A bank draft may
opened or crossed. It is to be noted that anyone will be required to collect and fill, a form provided by the bank. A commission is paid on a bank draft

Postal orders: This is a convenient method of remitting sums of money Denominations range from N5.00 to N200:00. They are issued by the Post Office and a poundage is normally charged. The name of the payee and paying station are normally recorded on the postal order purchased. It may a from a suppliers with whom he has not had premium dealings. This cheque after being marked, will be as good as the amount on the cheque in cash.

7. Travellers’ Cheques: These are cheques obtainable from commercial banks on payment of an ad valorem charge. At present, more people use these than any other means of payment abroad. Travellers’ cheques may be obtained in a variety of denominations, in sterling, dollars or most of the popular
foreign countries. They are signed once at the time of purchase and again at the
time of payment (to shopkeeper, etc). If lost or stolen, the value may be  refunded

8. Foreign currency: It is essential to have some foreign currency, if only to meet small expenses until a travellers’ cheque can be changed. Regulations as to the limit (if any) imposed on the amount of cash brought into the foreign country must be ascertained from the bank or from the embassy concerned
At least a week’s notice should be given to the bank, as not all branches  can make foreign currency available immediately on demand (Austin, 1974).

9. A bank draft: It is a document which can be obtained from a commercial bank on payment of the real amount along with commission. The buyer orders a branch of one of the commercial banks to make payment to a payee through a named bank the amount indicated on the bank draft. A bank draft may be
opened or crossed. It is to be noted that anyone will be required to collect and fill, a form provided by the bank. A commission is paid on a bank draft

10. Postal orders: This is a convenient method of remitting sums of money Denominations range from N5.00 to N200:00. They are issued by the Post Office and a poundage is normally charged. The name of the payee and the paying station are normally recorded on the postal order purchased. It may be crossed on uncrossed. A postal order is valid up to six months. Though postal orders may be sent by ordinary post, it is always advisable to send  them

11. Money order: For any amount starting from N10:00 and not exceeding N100.00, money order are often used since they are more satisfactory means of remitting money compared with the postal orders. After filling the  necessary on the money order forms, the sender forwards the original to the addressee while the issuing Post Office sends the duplicate copy to the  paying

12. Postage stamps: Postage stamps are used as a means of payment only for very small sums. Indeed, it is often used when the amount on the postal order is not complete

A bill of exchange is a document which is prepared by a creditor (drawer) giving an order to the debtor (the drawer) to pay the amount specific on it to bearer or to the order of another person (the payee) on demand or at a stipulated time-usually for a period not longer than three months. A bill of exchange
bears an ad valorem stamp. It is drawn by the creditor and accepted by the debtor  (acceptor)

ADVANTAGES OF BILL OF EXCHANGE

The advantages of bill of exchange are:
i. It is a written record of a debt which states the date on which it will be paid.

ii. It is a negotiable instrument which may be cashed for a small fee called discount. The creditor can get his cash for the goods right away, and the debtor does not have to pay his debt immediately, but may sell the goods and pay for them when enough cash has been obtained.

iii. It is a useful title to cash which can be transferred easily and if lost, payment can be stopped and a new bill issued.

iv. It can be endorsed and transferred to another person.

DISADVANTAGES OF BILL OF EXCHANGE
Bill of exchange has the following disadvantages:
i. The drawer may dishonour it by either refusing to accept it or by refusing to pay the specified amount when due

ii. when it is dishonoured, it is usually presented a second time by a lawyer.

iii. Failure to honour it on second presentation may lead to court action

In the example above, GIFT & EHIS (NIG.) ENTERPRISES is both the drawer and the payee and Pius Esene the drawee. Bill of exchange are most useful in foreign trades

This is a written document from one person to another promising to pay a certain sum of money at an agreed future date. It carries stamp duty. It  is similar to a Bill of Exchange except that where a Bill of Exchange is an order to  pay, a Promissory Note is a mere promise and there are only two parties-the maker and the payee

This is a sum of money which is usually given to officers to meet some Postage Book: A book should be opened for recording stamps bought and used This book may be balanced periodically or daily depending on the volume of  postage Where a franking machine is used, however, there is no need to keep a postal recording all the items that were posted.the payment minor expenses. A fixed sum is set aside for a period say, monthly, that is, first day of a month to the last day of the month. Receipts and vouchers are made out and kept for any part of the money expended. Entries are then made in a Petty Cash Book

Petty Cash Book: This book is used for the entry of small items of  expenditure, chiefly to save the inclusion of trifling items in the business cash book. At the end of the specified period, that is, the first day of the following month, the Petty Cash Book is balanced. Replenishment vouchers are raised in
connection with expenses incurred during the period. These vouchers are submitted with the receipts and supporting documents to the Cashier or Treasurer who check through and reimburses the secretary with the actual money expended. Petty Cash Book has to be balanced weekly or monthly as the case may be. In addition to the use of Petty Cash Book, a postage book assists the secretary in identifying
and book. Items that may be found in a postage book are:
SAMPLE OF POSTAGE BOOK
Remarks  Stamps  bought Date Particulars Stamps used

TYPES OF IMPREST
There are two types of imprest:

Standing imprest: his is replenished from time to time by the Treasurer or cashier as the case may be on submission of paid vouchers. The amount in or the Civil Service is retired at the end of the financial year.

b. special imprest: This 1s given Ior a special purpose and the amount is usually retired in full after the execution of the service for which the special immodest is provided. In order to maintain an accurate and presentable accounts, it is necessary for the secretary to keep the fofloWing document:
Petty cash book
Petty cash voucher
Postage book
The secretary should note that a receipt must be obtained for every amount paid out. This is done by preparing a Petty Cash Voucher incorporating the particulars of enactment. These vouchers, which are usually serially numbered, are presented for replenishment and copies preserved for audit purpose.
PETTY CASH VOUCHER
Departmental No._

OTHER BUSINESS PLAN IN NIGERIA WITH RECENT UPDATE 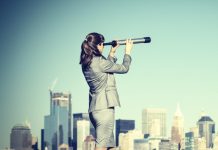 How To Get The Best Business Location 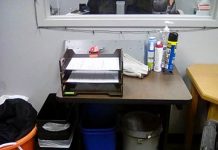 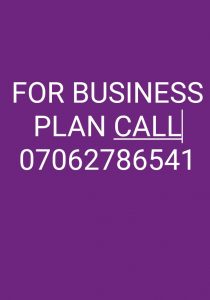 ABOUT US
Newspaper is your news, entertainment, music fashion website. We provide you with the latest breaking news and videos straight from the entertainment industry.
FOLLOW US
© Copyright 2017 - Newspaper by TagDiv
%d bloggers like this: